The Henri Dunant Human Rights Series publishes brochures deemed important for the future of human rights. This is an initiative of the World Evangelical Alliance, Liaison Office to Geneva. 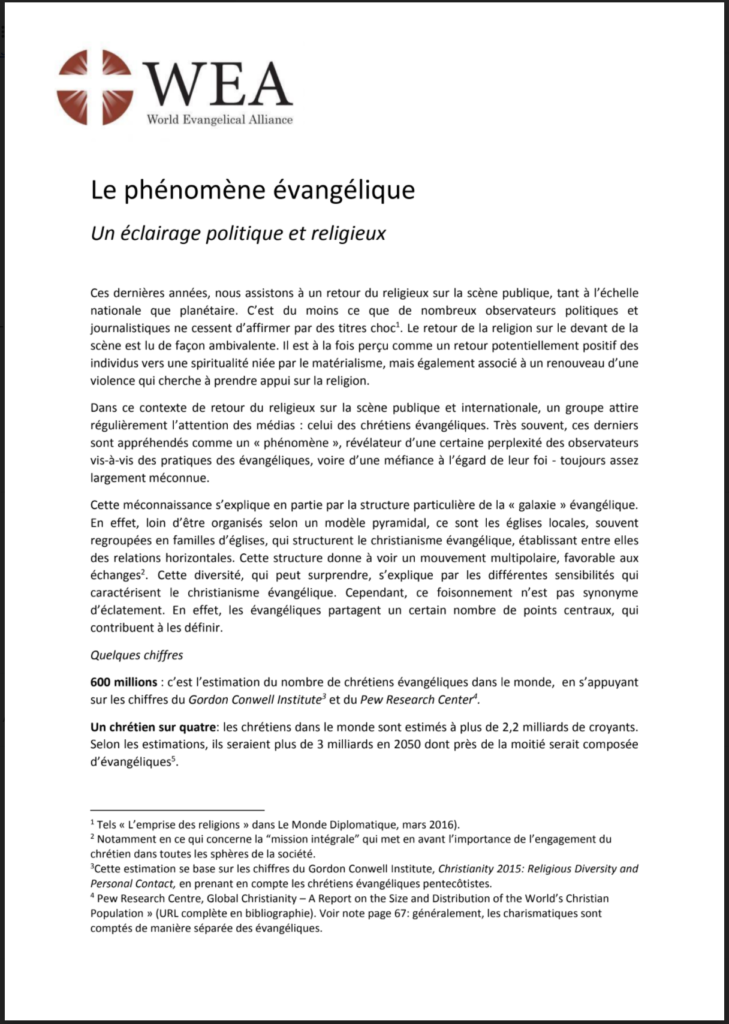 Abstract: The brochure in the French language endeavors to inform diplomats about the Evangelical movement and its societal influence. After embedding the phenomenon in some biblical notions the author draws the emergence of the movement in medieval figures and growing into many groups after the Reformation. He points to statistical evidence of its growth. The author explains  the phenomenon along the lines of the definition of the sociologist David Bebbington: Centrality of biblical information, a focus on the atoning work of Christ on the cross, the universality of faith, the belief that human beings need to be converted and activism. In the latter case he puts forward six examples of Evangelical leadership over five ages on four continents. Three of them being females. 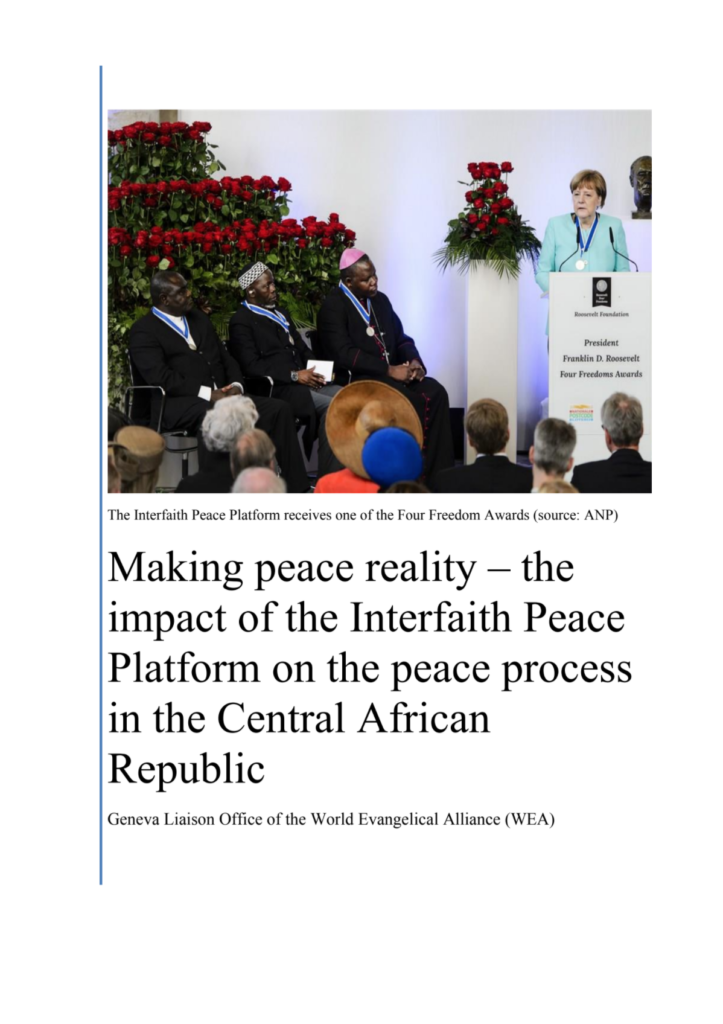 Making peace reality – the impact of the Interfaith Peace Platform on the peace process in the Central African Republic. (2017)

Abstract: The brochure follows the leaders of religious umbrella’s in the Central African Republic from the moment they joined forces in a national peace platform shortly after the state in CAR collapsed in December 2012 until the elections in 2016. The Interfaith Peace Platform drew major international attention but also acted in practical ways on the ground in the country. It brought the pope to an unprecedented visit to CAR, after which U.N. officials applauded the peaceful and transparent elections. The author suggests that national peacebuilding efforts between the conflicting parties in CAR were the key factor in countering turmoil and that the contribution of the Interfaith Peace Platform in this process has been remarkable. 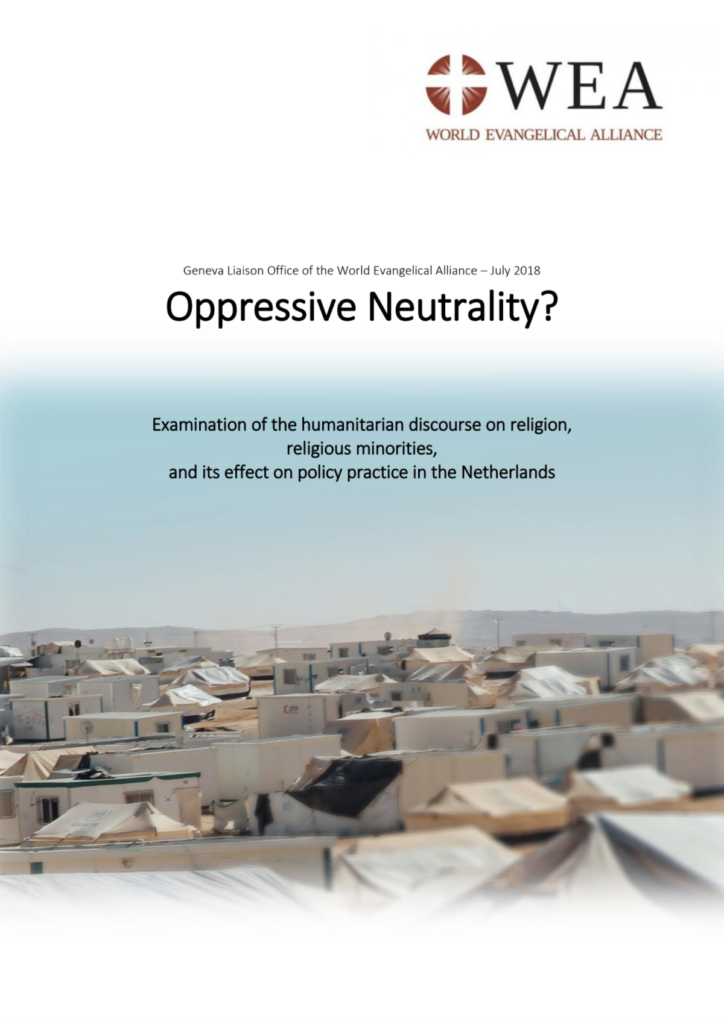 Oppressive Neutrality? Examination of the humanitarian discourse on religion, religious minorities, and its effect on policy practice in the Netherlands. (2018)

Abstract: The brochure deals with violence aimed specifically towards religious minorities in refugee centers in the Netherlands. The findings are also applicable in the wider European context. It finds its origins in the secular understanding of religion maintained by global humanitarian players, like UNHCR. The immaterial, religious side has been omitted. Tolerance might prevent persecution yet not discrimination. An environment of religious plurality asks for a deeper understanding of religion in order to meet the human rights standards as ascribed to both the Netherlands and the UNHCR.